The other day I was watching a rerun of Family Matters, and at the same time I was flipping the channel to check out The Fresh Prince Of Bel-Air.

There’s something disturbing about seeing Jaleel White in suspenders and thick glasses in HD but the episode itself was the typical simple plot with Steve professing his love for Laura publicly, and it kind of sickened me yet I was entertained. I went back and forth to the young Will Smith at a pre-marital counseling session with Lisa, (Nia Long) the girl he never married and I flashed back to the days when these were primetime TV programs.

I remember being a young kid and catching Good Times, What’s Happening?, The Jeffersons and one or two other shows that had brown people in syndication, but on the weeknights and weekends there were actual shows that featured African-Americans or whatever you want to call them. I don’t mind the term “black,” although I don’t know if it should be capitalized or not. I mean I know; I just don’t always feel like it. 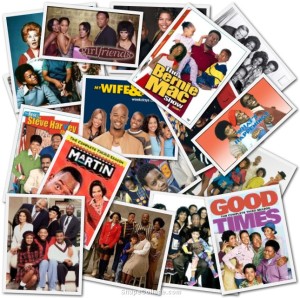 END_OF_DOCUMENT_TOKEN_TO_BE_REPLACED

A few days ago I was watching The Pursuit of Happyness and I was listening to Will Smith speak about Thomas Jefferson writing in the Declaration of Independence or whatever important paper it was when he mentioned “life, liberty and the pursuit of happiness.” 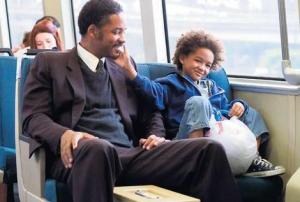 I’m not even sure what liberty is but just like Will pointed out, Thomas had the notion that happy wasn’t something one could just feel.

It was an emotion that had to be sought, desired, chased, and pursued even.

How did he know back in 1776 or whenever it was, way before luxury cars, platinum jewelry and butt implants, that happiness wasn’t something you could just make happen?

I’m sure there were people that were happy back then. They weren’t aware that washing machines, GPS or chicken sandwiches weren’t invented yet, and it didn’t matter.

He was ahead of his time I think.
Most of us are running around looking for “happy.” 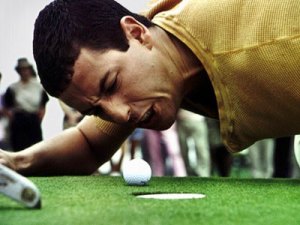 We don’t just wake up smiling about life everyday. We’re waiting on a new job, or retirement, or graduation, or more money to be ecstatic about where we are. 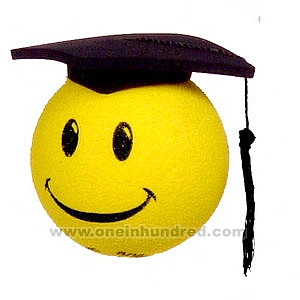 But when was the last time you actually caught a goal that you chased and in that moment it felt nothing like you ever imagined?
You won that award, got that raise, made it on the radio, but you instantly felt as if there was more to accomplish.

You immediately looked ahead to the next feat and thought that enjoying this one would be premature.
Or maybe you’re a celebratory individual that parties when something big goes down. Does that mean you caught “happy” and no longer pursue it?
Probably not.
Another day goes by and you’re hoping tomorrow brings a larger dose of good tides than yesterday.
But if the earth revolves around the sun and the sun never really rises or sets, are days and nights even real?
Or are we just using figments of our imagination to measure time and make ourselves think that in some next amount of hours in the future, our world will improve?

I’ve been popping in episodes of The Wire recently and that was when it hit me.
I was watching this character “Bubbles,” who was fighting drug addiction and I was observing all those fiends going hard for the narcotic of their choice and I realized they are my role models. 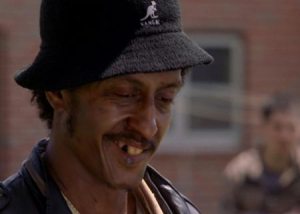 These people decided that heroine is their ultimate dream so they chase it like nothing else.
Hygiene, the opposite sex, and worldly possessions mean absolutely nothing to a crackhead or dope fiend.
They want their fix and they’ll do whatever for it.

How real is that? It’s so inspiring. They’ve skipped the middleman totally and figured it all out.
See we all are out here focusing on good health, eating right, working out just so we can live longer. But what if living longer doesn’t equal what they feel when they’re high? Who says that someone needs to live long?

The only folks that denounce drug use are sober people. I bet if any of us had some heroine we would give up our HD TVs and laptops and go out and attempt to feel that magical feeling again

We would get off Facebook, stop pursuing happiness and go shoot up right in our bloodstream…then maybe we’d go on Twitter to spread the word about how misguided you were before you discovered the truth.

Weed is ok but it doesn’t make you want to quit bathing and sell all your clothes. That must be true bliss that most of us are missing out on.

I need the intangible will of a fiend. I’m going to hang out with a homeless addict and see what it’s like to get rid of all pride and just go after the basics.

I’m sure they eat enough food to stay breathing but that’s it. There’s only one primary objective.

That has to be the answer that Thomas Jeff was speaking on.
I bet he knew that most of us would beat around the bush creating fictional levels of achievement and we would focus on what we own and measure our worth.

If you think I’m going to go out and try some Meth or MDMA or something I’m not. And heroine doesn’t appeal to me either. I don’t need anything artificial to enhance my existence other than the same material crap that we all crave.

I’m not brave enough to get so high that it might actually eclipse my thirst for the elusive idea that we label success.

No I don’t know what success is but I know that once I define it then reach it, I still have a tough time accepting “happy.”

So yes there are times when I play with a toddler, share a laugh about the old days or catch a dunk off the rebound and inside my heart there’s a joyous feeling that takes over for a brief moment. But somehow bills, gas prices, my career and the chances that Hell may be an authentic location snap me back into a realm of reality.

So what does this all mean?

A Calling infused with a purpose and a freakish passion to wake up daily and do something that makes your soul smile might bring you closer to ending the actual pursuit…and then you might just be what TJ wrote about.
Or there’s always excessive drinking, cocaine or heroine to take you to that place. I’m selling.