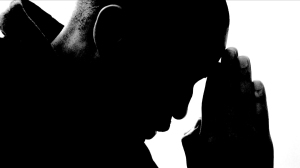 So I went to church for the 2nd time this year last Sunday. Small congregation, friendly atmosphere in ATL, preacher man remembered me, so when he called me up towards the end of the service I wasn’t too nervy. When he said someone in my family was praying for me while others in my circle were keeping me down, I wasn’t surprised. But when he asked if I ever thought about becoming a minister… I was umm…flattered.

I don’t know why, but if I gave off that type of reverendish aura then I think that’s kind of cool. I chuckled a little and said yes, he asks, “What’s the hold up?” I say, “Well my album entitled My Soul To Keep just dropped, the title may sound gospelly but you wouldn’t really dig most of it. I curse out God and speak on feminine hygiene, oh but I do admit to believing in The Almighty, although I’m not a Christian, yea I kinda gotta pee soooo…”

I didn’t really say any of that, I just let out a shrug and thought to myself, if he only knew my day job. I don’t do religion, which is why it’s ok for me to have a song called “Blasphemy” and one called “I Believe” on the same disc.

People ask me about that and I say it represents growth and enlightenment throughout the album but then I think maybe I should just do more songs about nothing. There are so many religions with rules and guidelines, I wouldn’t know which one to choose and who’s right or wrong. I don’t want to get to the gates and find out I had the wrong praise going on.

Anyway the preacher convo got me to thinking about my calling. You know the moment where you realize why you’re placed on the earth. Some of us sit at our workplaces and wonder if we’re doing enough, if we’ve reached our potential, is it ok to still dream? Some of us are in school, living check to check, looking outside ourselves waiting for happiness or waiting for that sign to hit us.

I used to wake up with a passion for music, now I can’t tell if it’s bruised my ego and I’m bored with it or if I really have reached a point where I’ve done all I wanted to do. Maybe if I was just on the American Music Awards or if my LP was gold or I was on radio all day, I would feel different. Maybe I wouldn’t be searching for a greater cause or some worldly purpose.

Now that I think about it, pastor guys are like entertainers, trying to get buzz to get more followers, they have Facebook and Twitter pages, they get reputations for being great performers and all of a sudden they become Joel Osteen and have TV shows, millions of viewers, selling out stadiums, books and Creflo type dollars.

I just wish I could pass around a collection plate near the end of my show. And I could just say, this isn’t for me, this is your offering to God. Am I the only one that thinks briefly before reaching in my pocket if God is really getting this bread? Because a direct deposit would be better than a middleman.

Not that I don’t understand the business of the church and it’s cool to have place of worship so tithing and all that makes sense.

Sometimes I just think it’s funny because it’s like getting the bill at the end of a free buffet…but really all your paying is the tip…because it truthfully is optional…but how do you tip the Lord? I don’t even know but prepare for me to speak on some more life questioning crap in the next few weeks because I’ve hit a crossroad where I’ve given a bunch of music and haven’t gotten the correct offering for the sermons I’ve delivered so far. Or maybe I have and I don’t know it.