← Top Ten Reasons I Thought Biggie Was The GOAT
Tryouts → 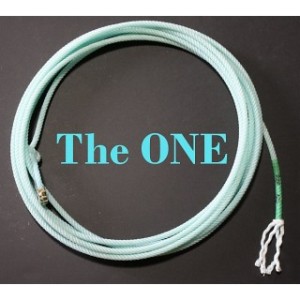 I wrote this post over three years ago. I think I was pondering marriage and considering being single forever at the same time. I was speaking to people about the topic, gathering information and searching for the answers to help me decide if I was going to be one of those career-driven, offspring-less, successful moguls or if I was going to be a vulnerable human sacrificing financial freedom to join forces with some woman that I believed would remain in love with me forever.

The combination of having a family and experiencing wealth is what I desired, yet it didn’t seem possible. How was I supposed to tear down my ego to let someone in, and simultaneously shed that same ego to find income and explore the true root of my passion beyond music? It’s interesting to review my old thoughts and see where I am today. I can smell the uncertainty in my written words as well as the spoken ones on songs. Who knows what I will feel like in another three or four years?

A few of my boys and I were having a conversation about love and crap like that, and one of them posed the question, “How do you know when someone is the one?”
I said, “You just know.”

That wasn’t right. Then I said, “If you sleep with a girl and you don’t want to teleport to another universe afterwards, then most likely you’ve found her.”

I didn’t really have an answer at the time, so that was the best I could come up with.

The rest of them chimed in (I’m paraphrasing) that the mission is to find a woman who you want at home to raise your kids, be your wife and your best friend initially…until the friend part goes away, the passion diminishes, and she just becomes your roommate and bill paying-partner that is the most tolerable out of any other women you’ve been with while you still do your thing on the side discreetly.

My other friend said that when you find “the one” you feel love in your soul in a way that can’t be explained in words. He said when he met his wife it was inexplicable and he knew she was “it” for him. He was confident that he had experienced his last first kiss, and that he would give up anything and do anything in the world to make her happy. He said she was not without flaws but perfect for him, and her expectations of him were just what he wanted in a relationship.

I haven’t spoken to him since their divorce but I would love to know whose fault it was and how that changed.

This elderly man told me “the one” is really you and in your life there are counterparts, companions, and partners that you meet along the path that you have connections with at certain points in your life.

He said the person you date when you’re 24 might not be a match for you when you’re 31, but it doesn’t mean they weren’t right at the time. Then there comes a time when there’s a person that you find that you would like to share your bloodline, time, thoughts, memories, family and space with.
But “the one” suggests that it’s the perfect match. That she meets him and he meets her and no one can break their bond, nothing can wrong their right, they are no longer searching for the one; they are one.
He said something profound like that.

And I put a dollar in his cup as I thirsted for more knowledge.
I asked, “So there is no one?”

He responded, “Some people look for this magic human, spiritual connection that wondrously flows and happens without thinking, where two hearts join and mirror each other without a conscious effort because they are predestined soul mates.”

He asked me, “Is that what you believe? That God intervened in the beginning and made everyone in the form of couples, and your life’s journey is to hunt down the Eve to your Adam?”
Could be true, I thought.

Does that even sound real though? Do alley cats go around searching for the right feline partner? Do they judge coat-color or place of residence before they make a kitten? I’m sure that rats, or rabbits or even pigeons aren’t critical and careful when they sleep around. And what about the same-sex lover folks? I know they don’t believe there was some Divine work picking out dude 2 that’s perfect for dude 1.

And if I’m wrong I don’t want to know.

What do people say when you ask them why they broke up with someone? “Oh they weren’t right for me.”

What the hell is right for you? All that means is that they weren’t hot enough, paid enough or they didn’t reciprocate and make you feel beautiful enough to compromise more.
If you’re dating someone can you imagine jumping the broom with him or her? Do you see them as part of your family? Do you want to procreate with them?

And what if you made babies and shared vows already? Is it their fault you don’t wake up with a permanent smile?

What are we really saying by labeling someone Mr. or Mrs. Right? Even assuming that there’s a right person means that everyone other than that person is incorrect.

Which brings us back to the one.

Maybe there isn’t a match for us all. Maybe we just find a great percentage of what we like in a human and write off the rest as characteristics we don’t mind putting up with. 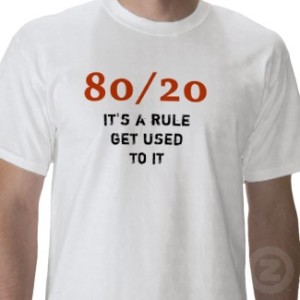 We have certain aspects that are deal breakers but for the most part, we deal with them.

I mean what if your soul mate belongs to someone else or they’re from your past and you missed the boat, or they don’t like you back?

You may not know what to do.

And American society says that we have to choose a singular human being to legally bond with.

Some of us know what it’s like to be completely enthralled with an individual, then weeks, months or years later you ponder whether there is someone out there that is more compatible, easier to get along with, or simply different from what you’re used to.

And it’s at that time that the old guy made the most sense. He was 52, single, maybe a little homeless, but he had it all figured out. He lived with different women in the past, had some step-kids here and there but none of his own, and living on the street has him financially stable with no stress because he wasn’t searching everyday for The Creator’s match that was made in Heaven.

So what does that say about you? Are you naïve to believe that making it work is the best alternative? If your partner isn’t “making you happy” is that a delusional feeling that really reflects back on you? And if you’re single, should you remain that way for life?

I guess this would have been more helpful if I answered questions instead of asked them but I’d rather hear from y’all anyway. Is there a “one” for us all?