The GOAT Rapper Continued…Part 2 of 3

Complex posted an article breaking down the best rapper of each year since 1979. It was a very interesting and no pun intended, complex piece. The reason I’m mentioning this is because we all have our favorite emcees and guys that resonate with us personally. When we talk about the GOAT, the arguments are slightly different. So yes there will be advocates for Ghostface, Big L, Big Pun, MF Doom, Joey Badass or whoever you believe is at the top of the game. But, “The GOAT discussion is reserved for the chosen few; no rookies or new jacks qualify. It’s strictly for the catalog artists, people who have shifted the culture in previously unmovable ways, artists whose music has permeated and resonated over an extended period of time.”

I feel like they handled a lot of my rebuttal to the hip-hop heads that put Redman and Black Thought above Biggie and Jay. This post isn’t really about the most lyrical lyricist because we would have to try to include everyone from Kool G. Rap to Lupe Fiasco.

With that said, do you include the guys with the strong track records and years in the game? Where do we place T.I., Kanye West, Rick Ross, 50 Cent, Cam’ron, Young Jeezy, Scarface, Jadakiss, DMX and Lil Wayne? Is my generation holding on to the 90s legends?

The new hall of fame class will include Drake, J. Cole, Nicki Minaj, Big Sean and Kendrick Lamar. But at what point can any of these men wear the imaginary crown?

Well we have to be honest and consistent when it comes to criteria. Album sales matter, public opinions are a factor, classics under the belt count for something, but most of all when an artist is running the game there is a feeling that we all have. We anticipate their release and when it happens, it is the most talked about project. It comes up in barbershops and ball courts. The question isn’t, “Have you heard Get Rich or Die Trying?” 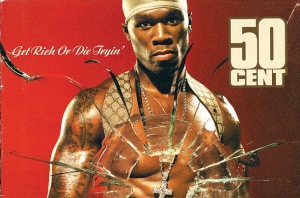 The question becomes: “Do you think College Dropout is a classic?”

There are certain LPs that you can’t shun or disrespect. You can try and break down Illmatic if you want to. You can argue that there were only 9 songs and two were released early. You can make the case that some of the lyrics in 3 songs are interchangeable. But there is a feeling that you can’t deny when you listen to the album. Maybe it speaks to the youthful rap fan that witnessed a transition from rigid categories like gangsta rap, conscious rap or party rap to introspective street rhymes that were not only narratives, but they were placed in front of a variety of noteworthy producers. Nas was a pioneer in his own right. Just like Scarface was for his sound in Houston. These guys had their moments in time where they commanded the national spotlight. 50 Cent made a valiant case for being top canine but although cases can be made for the guys I listed lets simply cross them off the list.