One interesting fact about me is that I write rhymes, blogs, and scripts in my sleep. I guess that means figuratively because “writing” is actually replaced by typing in my phone, and I don’t do it while I’m unconscious. Maybe the word I’m looking for is “compose.” I don’t know how rare that is, or if it makes sense to people, but the process always tripped me out. I’ve been doing it since my collegiate days. If I had a song or concept I was working on, I would simply think about it as I was close to falling asleep and start to put words together.

Whenever it worked, I imagine that I must have had a dream about the song, and amidst dozens of dreams involving everything under the sun, somehow whatever I was trying to compose would sneak in and take form. When I would wake up, which was usually in the middle of the night, there would be whole verses and compositions already written. And my mission was to remember them. So if you’ve ever heard a song from me, or read one of these rambles, 82% of the time that I came up with them, it was in between 3 and 6AM and I was literally trying to recall lines and phrases that seemingly already existed.
Earlier this week, I got the news that a homie, colleague, and I hate to throw the word “friend” around but I’ve known Pumpkinhead aka Robert Diaz for so long that we weren’t just rap buddies…I learned that he passed away suddenly. 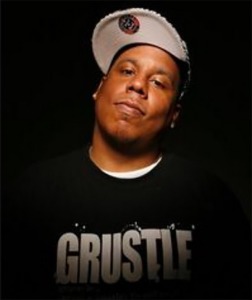 He wasn’t a victim of police brutality or some random shooting, or a car crash, or anything wild that can cause his friends to aim their frustration about his passing at one specific place. It was apparently a pain in his stomach that led to a hospital visit that would be his last.

Just the thought of him being a few years older than me, with a child on the way, and leaving the earth without warning is instantly frightening. It’s alarming because it wakes most of us up to focus more on our health, our family, and the importance of our impact while we’re here. Well that’s what it does for me.
END_OF_DOCUMENT_TOKEN_TO_BE_REPLACED