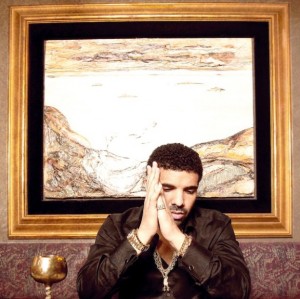 But one of the wonders of the Internet is the ability to transcend the limits that exist when placing words on actual pages in a book.

On the web I can go over the 300-word limit, I don’t have an editor, and I can give you my opinion mixed with fact about an album that has gotten the most attention since Jay-Z and Kanye dropped this summer.

With that said, Aubrey Drake Graham has been a polarized figure in the industry of music.

A lot of people claim to be a breath of fresh air, but years ago when Wheelchair Jimmy transitioned from Canadian actor guy to cool rapper it seemed like an instant rise.

Some of you may have missed a few mixtapes, a Trey Songz feature and use of his acting fame that got him some fans before signing to Young Money. We actually crossed Internet paths via Myspace and while I bigged up his flow and future, I could have never predicted Wayne making him his golden boy and him “Debarging” the rap game.

So Far Gone set the stage for a new emcee that sang his own hooks, didn’t praise violence or drugs, saluted women yet called them bitches and hoes, backed up his bravado with witty lines, and most of all showed overwhelming vulnerability.

This rap phenom was different from 50 Cent’s nine shots and Shady signing. That marketing plan was clear.

Drake’s was something we hadn’t witnessed before. A Canadian chameleon that could worship HoustAtlantaVegas, adore NY, almost claim New Orleans, reside in Miami but always and forever show love to his home city of Toronto, which is a part of an entire country that supports him.

How easy is it to embrace someone that can alter his accent to sound like your hometown?
Sure he shopped at the softer side of Sears but lines like, “Me doing a show’s getting everyone nervous/‘cause them hipsters gon’ have to get along with them hood niggas,” turned out to be reality.

And that’s what happened when “Best I Ever Had” came on. It was tough, it had bottom, the beat knocked, the intro was epic, but son was serenading on the chorus. Then right when his ode to femininity saluted sweatpants and no make-up, Drizzy flipped it and started spitting…and you were relieved, yet confused, and the feeling hasn’t altered much since that moment for most of us.

Thank Me Later wasn’t classic…but not because it wasn’t good, it just wasn’t classic hip-hop. The fireworks in the beginning, the slow start that sounded like an R. Kelly album, the emotional letters very early, the focus on fame; getting it, keeping it, dealing with it…this was music, but it wasn’t locked into hardcore hip-hop. 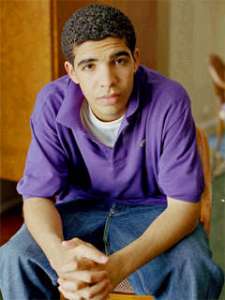 Then there was the cast: Nicki, Jay, Jeezy, T.I, Swizz, Wayne, Dream, Alicia, all he was missing was Em and Ye and it would have been the most star-studded debut in history.
But rating it was tough. You’re thinking about it now saying, “I liked it but…”

You know Andre 3000 waited almost ten albums to give you The Love Below…Ceelo was an established spitter that had an incredible voice, but even he didn’t start out crooning all day. Mos Def sprinkled his tone at us but again we understood his flow first.

Drake knows the women are the tastemakers of the world and he’s taken the lane that LL Cool J and the late Heavy D made famous and added autotunes to the recipe.

So now Take Care hits the streets, the sophomore effort from Aubrey that once again starts out feathery with harsh undertones on “Over My Dead Body” as he boasts to have killed everyone last year. “Asking if I’ll be going platinum in a year again/Don’t I got the shit the world wanna hear again/Don’t Michael Jordan still got his hoop earring in?”

Even if you’re not bopping your head making the ugly face, some of those lines truthfully stand out.

The ride gets smoother as Drizzy speaks to the ladies in his life that he’s influenced on “Shots For Me.”

And by the time you get to the single “Headlines,” you kind of realize that there’s a formula that’s been implemented.

Sure there are some slick metaphors and stellar flows, but this release is full of estrogen. Out of 16 records, 10 of them are directed towards, speaking to or contain a direct narrative regarding a female.

In case you’re wondering, Thank Me Later featured seven of 14 with the same scenario, and So Far Gone was around 50 percent female targeted.

As far as singing, there are about three records with minimal crooning, whether it’s The Weeknd, Rihanna or Mr. Graham himself, the rest of the album is riddled with some form of rhythm & blues.

But it isn’t just the R&B…it’s the R&B feel of Take Care that has people split on whether they want to call it crazy, fire, better than the debut or just plain weak.

For instance, “Marvin’s Room” is some good ol’ fashioned hate that already rocked during the summer.

When you’re singing, “fuck that nigga” in a ballad, any guy can relate. But we kind of got the idea already with that song. Young EyeBrows covered almost every facet of the victimized man in a relationship, so just maybe this could have been replaced with a new joint. 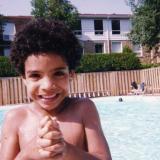 Then right after the hard-edged Just Blaze-produced, Ricky Rozay-assisted, 56 bar massacre dedicated to the haters entitled “Lord Knows”…comes a trio of records that do have rap verses, but the tempo and mood is down, slow and almost dark.

This seems like the crux of the LP; these songs make up the sound that is Take Care, and it’s at this point where you either find your favorite selections, ride this thing out or you move on to another album altogether.

Young Angel tells his lady that the girls he’s with in videos shouldn’t cause insecurity (Cameras), he’s rambling on about not leading someone on with Stevie Wonder adding instruments (I’mma need some footage of that to believe that was Stevie bruh) to “Doing It Wrong,” then with Wayne and Andre 3 stacks, “The Real Her” will definitely make your eyelashes grow and turn your cologne into perfume if you turn it up too loud.

Sure “Underground Kings” and “We’ll Be Fine” rock out if you’re in a car… but if you’re a dude riding with more than one dude, you can’t just turn on Aubrey’s album without someone getting the wrong idea.

I wanted another “Lord Knows” like I fiended for a verse like “Say What’s Real” on Thank Me. But that’s just the rap fan in me. This guy has a motive and it’s not to appeal to dudes on the corner, or the hating, gun-toting thugs that need their music to insult them and threaten others.
“Know that I don’t make music for niggas who don’t get pussy/So those are the ones I count on to dis me or overlook me…”

While the narrative on “HYFR” may show Drizzle’s growth and versatility, his letter to his mom and I believe his uncle on “Look What You’ve Done” hit home like Jay-Z’s “You Must Love Me” in my book.

I actually enjoyed this emotional record the most because it was aimed at someone other than a random lady and he painted a solid picture of his past.

Take Care leaves the average dude wanting more, wishing the beats banged harder or that he would split up his alter ego and just do a whole joint for chicks…or an entire R&B album. But wanting and wishing is futile.

Aubrey has carved a niche that is beyond hip-hop and as much as it stings to know he ended the disc with a sing-songy version of Juvenile’s “Back that Ass up,” we have to accept it.

This isn’t Uncle Murder, this is Wheelchair Jimmy, this is a cat who could most likely be in the cast of Glee right now without blinking…but he just happens to put words together really well when he raps.

“Of all the things that I hear they be poking fun at/Never the flow though, they know I run that.”

If I had to rate this album, I wouldn’t. I love versatility, vulnerability, and R&B.

But I can’t help but imagine a stronger second effort for some reason. Then again, maybe this is “strong” in a female weightlifting competition sort of way.

The scary thing is that there are kids and young aspiring emcees listening to this the same way I vibed to In My Lifetime Vol. 1 or The Low End Theory or It’s a Big Daddy Thing.

And as they look for direction and inspiration they may go get singing lessons, tell the truth about being in love, and simply embrace their tender side which differs from what hip-hop embodied in the 90’s.

As Big Ghost made reference to, Father MC did his thing back in the days but he didn’t spark a “Treat Em Like They Want To Be Treated” revolution. I dug Kwame, but I didn’t cop a mess of polka-dot shirts and dye my hair. Unfortunately, this generation isn’t afraid to follow the leader.

Sure I could have wrote this review addressed to Drake’s eyebrows or spoken directly to his low testosterone level, but I wanted to really dissect the light skinned Prince of Toronto and give people a fair look at my thoughts about his album with limited humor.

And I admit I was a little bored and somewhat annoyed that I anticipated Aubrey’s album due to the lack of deep music out there. Tell me what you think.