Mr. Steal Your Girl (Rap’s Obsession With Your Girlfriend)

I know these h**s ain’t right,

But you was blowing up her phone last night,

But she ain’t have her ringer or her ring on last night, oh

Why give a b*tch your heart

When she rather have a purse?

Why give a b*tch your inch,

When she rather have nine?

You know how the game goes,

She be mine by halftime…”

–Lil Wayne
There was a time in my life when I would sing lyrics like that with pride and vigor. I would feel like these words were my life. And if it wasn’t, I would want it to be.

If you’re unfamiliar with that song, it’s called “Loyal” by Chris Brown featuring Lil Wayne and the Tyga. The song basically implies that a man with money can have any woman he wants. Yes, even your woman. When a rich dude wants you, and apparently the man that you have can’t really do anything for you financially…those factors result in the obvious conclusion that, “these girls ain’t loyal.” It sounds simple when they lay it out there.

Where and when did this all start?

Was it back when Naughty by Nature made “O.P.P” or when Slick Rick declared that we should “Treat ‘Em like a Prostitute?” When did it become so popular to get at a girl that was in a relationship with another dude? I remember Big Daddy Kane saying something about releasing tales from the darkside, and separating men from their women like apartheid. I thought that line was ill. I can recall The Notorious B.I.G rhyming, “don’t leave your girl around me,” and I thought about what could make my girl leave me for Biggie. Could it be money? Would your baby-mama consider dealing with a rapper that’s on TV as an upgrade?
END_OF_DOCUMENT_TOKEN_TO_BE_REPLACED

END_OF_DOCUMENT_TOKEN_TO_BE_REPLACED 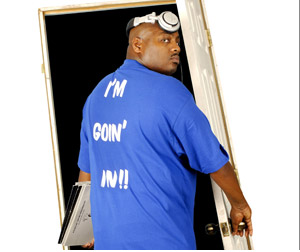