← Bite Me: The Reason I Attract Vampire Rappers
Top Ten Reasons I Thought Biggie Was The GOAT → 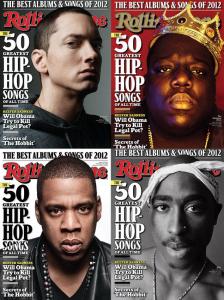 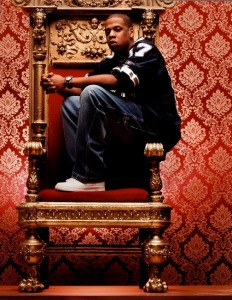 He did it on his own. When the labels fronted on him, he invested in himself (well maybe Kareem Burke helped) and created his own company which allowed him to spit rhymes about being able to match a triple platinum artist buck by buck with only a single going gold. He picked up where Biggie left off and infused the street life, drug talk with radio friendly hits and eventually began to sell records. Hov then became the number one trendsetter and wherever his sound went, the industry followed. Whether it was Swizz’s sample-free keys, Timbaland’s futuristic synths or the soulful backdrops provided by Kanye, Bink and Just Blaze, he led the followers year after year.

The man dropped an annual album faithfully and ran the game for eight years straight. He brought Michael Jackson to Summer Jam, he lost an epic battle to Nas, but won the war when he signed him, he commanded the airwaves and the charts all while still being regarded as one of the best lyricists of our generation. And all of this happened while he provided rewind-worthy verses and one liners that became mottoes and t-shirt slogan material.

Hov managed to implement the Dame factor the way Biggie used Diddy. When “Sunshine” and “The City is Mine” made Brooklyn’s next up appear as if he was ready to crossover, we all assumed that Dame talked him into the shiny suit and happy samples. 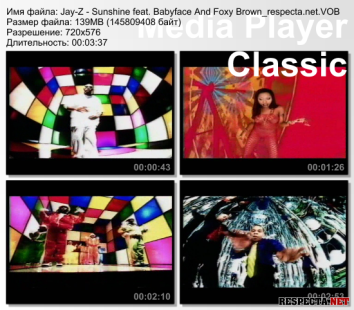 Right after that misstep he followed up with the Master P.-influenced, grammatically incorrect, raw and edgy cult classic Streets Is Watching mini-movie and changed the game forever. “Imaginary Player” single-handedly set Jay-Z apart from all his cohorts that were selling records or were considered living legends. He was exploiting his wealth and flaunting it in a way that most artists could not.

Cristal in his videos, money machines counting bread, platinum jewelry, 4.6 Range Rover snobbery, and authentic monopoly games at video shoots with actual bread put his competition to bed very early in his career. By the time he dropped the atomic Hard Knock Life album, he had propelled himself into another stratosphere. Mr. Carter skillfully aligned himself with Murder Inc. and Ruff Ryders and rode their waves of popularity while refreshing and reintroducing himself to the masses as the God MC.

Jay was clear with his imagery, his bravado was second to none, and he even showed vulnerability and human traits when he evolved during the third phase of his career releasing The Blueprint. Jigga man elevated himself by signing others, bodying features, and matching his confidence with career ascension that included Grammys replacing grams and corner offices instead of street corners. Jay-Z is the king.

Why Jay-Z is overrated:

His content evolved over time but never enough to address any real social ills. Sure he touched on Katrina on “Minority Report,” he revealed his daddy issues on “Where Have You Been?” and on “Meet the Parents” he attempted to tell a cautionary tale that almost went over well. But his infatuation with glorifying his drug dealing life got monotonous, his incessant bragging about his riches was overdone, and on his last release he sounded like an aged boxer doing everything he could to relive the days of the past (not quite successfully). It was on Kingdom Come that he displayed a chink in his armor as he and Just Blaze attempted to recreate magical moments from the past and Dr. Dre lent some sonic gems that shined at the moment but lacked staying power. Then American Gangster dropped and the lead single “Blue Magic” confused every Jay fan that bent their ears to try and see where Hov was headed. The album which was supposed to be a prequel to Reasonable Doubt resembled a retired gangster too afraid to address his present but instead would rather relish in his past.

Maybe if he dug deeper, still flowed with the same ease and chose to address women in a manner he would like his daughter to be addressed, we could comfortably label him the GOAT. But the critics will always say that Jordan putting on that Wizard jersey affected his legacy, that Kobe attempting to come back after the Achilles injury was figuratively his Achilles heel. Jay-Z may have peaked with The Blueprint and came close enough with The Black Album. After that he was sparring against himself which isn’t fair to him at all. Who else was in the running at the time? 50 Cent made a classic but did anyone ever call Curtis the one? Nas has always been in the conversation but years of mediocre LPs put God’s son as a consistent top tier mention.

Jay may have just been riding the wave winning championships during multiple NBA lockout years. And we have all asked the fiery question: What if Biggie didn’t die? Would Jay have become JAY? Maybe not, but we will never know. The question we can ask is…did he say enough? Will we be praising him and his words after he’s gone? Drake didn’t cry when Pac died, but he probably will when Hov does. Makes sense.

4 Comments on “The Greatest Rapper Of All Time Part 1”