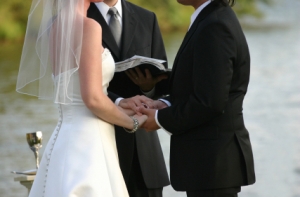 For those of you that don’t know, I began this site one year ago when people started applauding my writing on Facebook and they suggested I do some sort of book. By applauding I mean commenting. We’ll get back to that point in a second, but I wanted to let you all know that the book is on the way, and it is meant for you to enjoy in the lavatory for the most part.

With that said, I’m having a hell of a time going through the editing process with my team (shout to Read Head Publishing). Mondayramble.com was originated to promote the book and give me a chance to vent weekly. Unfortunately, the applause I’ve been receiving lately have come in the form of phone calls, emails, and some cyber pats on the back that are wonderful but are not comments on the site.

Sure this is a wack plea that I usually don’t do, but since we are in a mathematical society where numbers count; visiting my site, reading something and not commenting is like calling someone’s home and not leaving a message on their answering machine in 1989.
I apologize for that rant but I just went to a wedding yesterday and if there’s one thing I got from that ceremony is that humans are great liars, so I decided to tell the truth to my peoples.

You look confused.
Have you ever been to a wedding? Have you been to one where you’re not in the immediate family, or maybe you’re a guest of a guest and you don’t know the bride or groom too well.

Either way, there are people there that are deeply moved by the pastor’s words, the song that’s being sung, the cute flower girls, the adorable ring bearer, the exciting bride-walk, and the emotional vow exchange.

But some cynical bastards are chuckling inside at the faces the wedding party makes as they walk down the aisle. Some jerks are laughing deep down at the off key vocalist, wondering if the bride is going to trip, yearning for an Ex’s hand to raise with a dramatic objection to the blessed union, thinking the groom is a softy for tearing up, hoping the candle lighting causes a small fire, and most of all counting the minutes until free food and possibly alcohol can be consumed. 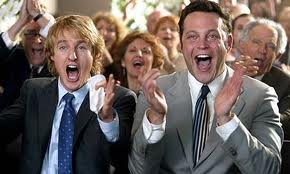 So you’re not one of those people that wouldn’t mind an extra long prayer so you can catch a small nap. I didn’t say these were my thoughts.
But in case they were, I shall expand. Or is it expound? I never used that word. I have now though.

Anyway, I’ve been to a few weddings in my days. Some had the bare minimum: short ceremony, standard music, cash bar, buffet style grub. I’m not mad at those. Then there are others where the bride and groom may want you cherish the experience so things are a little more dramatic or expensive. 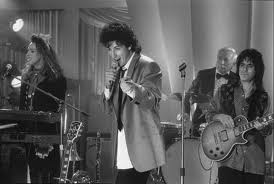 There’s a documentary being filmed, wedding party dressed in some hood gear, small surprises to wake up the audience like footage shown on a screen or a solo by the bride or groom.

There can be a few selections from a moderately famous gospel singer or a “has been” R&B artist, handwritten personal vows, a long tongue kiss, or a reception that doesn’t start immediately after.

Some people don’t even bring gifts and they expect an open bar with top shelf liquor. Then they want some gourmet entrees, and they complain when they have to wait for the stars of the show to get their food first.

I know they charge per head for venues and plates and all that, but isn’t it a fair exchange when you get a whole bunch of presents and money and then you go on a honeymoon trip right before the divorce, I mean marriage begins?

I think there should be a to-go option for wedding attendees. But maybe that’s just me. I think if you’re not the closest to the people getting hitched, as soon as the kiss goes down, you should be able to ask for a container for your meal, and a bag and be out.

But instead you have to wait out the first dance; that you pray does not burst out into some MC Hammer or Sir Mix-A-Lot assisted choreographed step that the newlyweds rehearsed. Then they dance with the parents, and switch to the in-laws and whatnot. All this time, the people that came to celebrate the food that goes along with matrimony are sitting and waiting patiently.

I may be getting this all wrong. Weddings and receptions are beautiful, but I’m just saying that everyone there isn’t smiling inside and breaking down when the Best Man starts to stutter and tell his goofy story about how he knows his boy is really in love this time.

Some attendees could care less about the father of the bride grabbing the mic and subliminally threatening the groom while praising him for wifing up his seed. Not everyone knows how to do the electric slide, wants to catch a bouquet or garter, or is even concerned about the love between the two folks tying the knot. 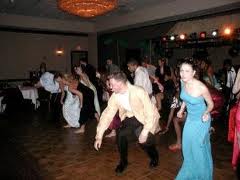 Sometimes there are friends or family at the wedding just to judge the hotness of it. Was there chicken breast, salmon and rice pilaf or were there nuggets, crackers and bologna?
Who did the strange flower arrangement? Banquet hall instead of a church? Did you smell that man?
Critiques on the bridesmaid dresses, whispers about the bride’s dress, how long will they last? Why do I have to sit at a table with people I don’t know?

Blah, blah, blah. Hate, hate, hate. I thought weddings were supposed to be sentimental, sacred, and blessed ceremonies with loved ones that want the best for the couple. But somehow, ignorant guys such as myself end up in a seat analyzing, people-watching, holding mental pictures and creating comedy at the expense of others and I’m tired of it. See you next week. 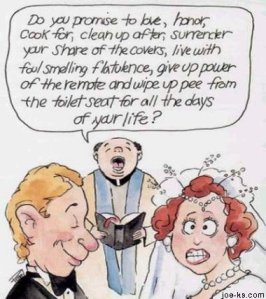 Don’t feel pressure to comment, I was just being a whiny baby.

Get ready for The Toilette Papers: The #1 Number 2 Book coming in November.