Monday Ramble #42 “The Break Up 2: The Proposal…Behind The Rhymes”

Today I am releasing a project entitled The Break Up Part 2: The Proposal. You may wonder why there’s a break-up and a marriage proposal in the same title. The music is about a man that is considering the leap into the realm of matrimony, and he is faced with fears, doubts, and outside pressure. The break-up part of the title is mainly about identification with the brand DJ Victorious and I started with a CD called The Break Up in 2008, coupled with the fact that a proposal doesn’t always end with an affirmative answer.

So let me take you on a rhyme and reason journey for a collection of material that men and women will find relatable.

I started this disc off with an internal glance instead of an external one. If you’ve ever had a thought in your head that maybe you were supposed to be without a soulmate on this earth, then this record is for you. Some of us have reached an age or simply a time in our lives where we still haven’t met “the one” and if you have you didn’t know it. Hence the feeling that The Creator messed up and didn’t place a person on the planet compatible for you. So I penned the record, “Alone” with the question blooming in my mind as to whether I’m meant to end up that way.

“Imagine someone telling you they’re locked in/to a situation with you ‘til they find a better option.” -Alone.

So to further analyze my own insecurity I realized that in order to love others I must first love myself. The first words from Mary J. Blige’s “Be Happy” came to mind as I got my boy N.I.K to croon, “How can I love somebody else if I can’t love myself enough to know…”

Well I know plenty of us look outside ourselves when it comes to relationships. We judge, we expect, we wait, we hope the other person changes but how many times do we go within to look at what we have going on? Not too often. This song helped me figure that out, maybe that’s why it’s called “Help.”

“I had to see my grandma die/before I got a Grammy yea I fantasize/I never celebrated Valentine’s now y’all trying to turn me into Family Guy.” –Help.

For most of my time dealing with women I thought it was cool to be desired. Then I began to yearn for the feeling of being open. I wanted to know what that was like and I wrote “So High” as a song about physically turning someone out, but I truthfully wanted to feel the experience I was speaking on. That might be confusing. What I mean is I wanted to float like I’ve seen some people do. They get all enamored and goofy over someone…until it’s over.

It makes you not even want to go up if you have to fall.

“Your feet might be touching the ground but you gon feel like you up in the clouds.” –So High.

Coming down includes highs and lows. “All About Us” is a tale that chronicles an issue of outside interference. Friends with opinions, haters doubting your partner, Exes knocking at doors are all forms of intrusion that can make two people separate. Sometimes you have to tune others out and focus on what you have with whom you have it with.

“From what I could feel, people think they Dr. Phil but we got it locked and sealed.” –All About Us.

When I first started my mission to become a hip-hop superstar, I thought I would be rich, famous and forced to date a supermodel, actress or singer. Now that I am on a new mission to reach people through powerful, human messages, I don’t care much about the status of my mate.

But doing music does make one feel like you need someone with star power. “Superstar” is my ode to every woman out there that is a celebrity in her own right. If you would love to make your woman that works a job, raises kids and is not in front a camera all the time, feel like she’s a pop icon when she’s on your arm then play this for her.

“I treat you like you the one on the stage and there’s nothing that could get in our way.” –Superstar.

I’ve been in situations where I see someone in a relationship that isn’t working and I want to save them. But I know that’s unrealistic. So instead I wrote a song that makes a slight comparison to my girl’s old relationship and what I can bring to the table. We all have current people in our lives that were with someone else before us and sometimes we exist in their shadow whether they were good or bad.

So “Feel Good” is my way of telling my lady that I am not like the dude she was dealing with before.

“Heaven on Earth if your mind can just imagine it/Paradise, Garden of Eden, Jesus of Nazareth/couldn’t bless you more I cant even find an adjective/good is an understatement…” –Feel Good.

In my days I’ve come across couples that cite finances as a serious issue. “Look At Us” is about the doubts a female may have that her man is not in the place she needs him to be in terms of stability. She is uncertain they can make it since romance without finance is a no-no.

This song suggests that the bread is coming and the focus should be on happiness even though this is real life and bills must be paid. I don’t think there’s a right answer to this riddle but I know this topic gets real. 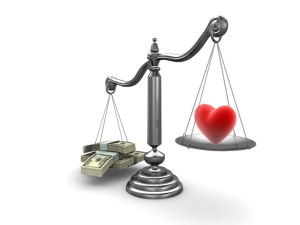 “You seem a little unsure, is it cause you want more/like somebody unpoor, I don’t think we’re done for/I know how you feeling, I been reaching for the stars, putting scratches on my ceiling.” –Look At Us.

If you believe you know all there is to know about marriage then you probably just haven’t been faced with enough scenarios. I decided to list a bunch of “what ifs” that don’t necessarily have an answer but they will spark thought in “The Happening.”

From a guy meeting a flirty chick, to a girl running into a smooth character while they both have a loving spouse at home. How do you deal with an Ex that you feel like taking down one more time? How do you fight off the flossing stranger willing to do things your main love wouldn’t?

“If I’m chilling at the Wal-Mart trying to buy underwear, cashier smiling heavy/She says ‘holla if you need help trying these shorts on’ and wrote her number down already.” –The Happening.

I compiled brief anecdotes about my boy who stopped rapping and started a family, my radio interview with Angela Yee and my run-in with an Ex-chick and these stories all surround my fear of commitment and falling for someone.

I do believe that when you do go in headfirst in a relationship you shouldn’t fall for someone. Falling in love suggests that one day you must land, or get up. I would rather stand up in it, remain who I am, respect myself and my partner and that way if I need to walk away I’m already standing. And if it works out, then we’re both in it wholeheartedly and clearheaded.

“I always said that I would never fall in love, ‘cause I stand up in anything I do.”  –Hard.

But if that doesn’t work and you have to argue and fight it out, do it naked. I have a temper that I keep in check, jealousy doesn’t look good on me, and yelling isn’t my thing. So I have created a method that will save a lot of relationships.

“Tell me everything I do to piss you off don’t hold it in/and I will kiss you in between every statement until it ends.” –No Clothes On.

I don’t condone following this foolish anthem for driving while intoxicated but my method back in the days was take some shots, grab someone else’s car and see what happens. I didn’t like hurting people and it made me feel bad and I didn’t enjoy being hurt so in order to fight depression I would hit highways with bottles in the whip.

I’ve come a long way since then and now I drink in my own car…I’m joking. 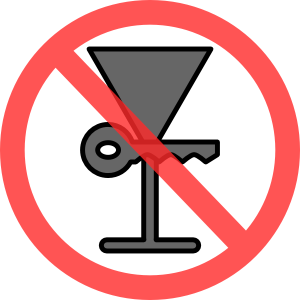 “Liquor store, Hennessy, plastic cups? No thanks,Verrazano, Turnpike I show you how the pros drink.” –DWI.

“Commitment is dumb, marriages are doomed, all I hear is homie yo don’t ever jump the broom.” So why did I make this CD? Well with me being against the institution of marriage, I always said it would take the feeling of wanting someone so much that I would crush my opinions about broom jumping. I guesstimated that plenty of men wanted to pick someone that would make them throw out their rules and preconceived notions. So I wrote “Something About You.”

Throw in the fact that there are a lot of gold diggers, fast chicks and cheaters out there and you have someone ready to slow down. I wrote some short stories about encounters with different women that led me to feeling like it may time to chill.

“And if it sounds like you won by default…Who cares I’m caught?” –Slowing Down?

When you slow down, folks from the past pop up and some of them act like they have the right to hate on your current situation. Imagine going out to dinner with an Ex that expresses interest even though they ended it with you. Yea you can see it, you would show off your ring, your good life and let them know they messed up. And you would probably ask them “How Does it Feel?” And get D’Angelo to sing to them. I did.

And then you would hope that what you have lasts. “Forever” is a long ass time and we throw the word around like it’s nothing. The ideology of a permanent partner always there through sickness, health, poverty, wealth, weight fluctuation, hair loss etc, is interesting. Well it’s actually insane but we shoot for it, we claim it and even though divorce is as popular as leggings and body magic, marriages are still going down.

Don’t let me scare you though. Don’t worry about flicks like Why Did I Get Married and I Think I Love My Wife and The Break Up or the screenplay I’m writing entitled, Don’t Do It Dummy, I’m Serious…Ok Do It, I Won’t Say I Told You So. 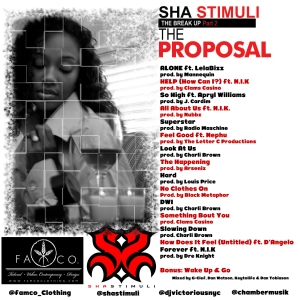 Be your own person and follow your heart…or whatever cliché phrase sounds good. Now that you’re running to download this masterpiece, here is a link to do so.

The Break Up Part 2: The Proposal

And if you feel like donating, I shall put the music on iTunes soon. Thank you for reading and listening.

One Comment on “Monday Ramble #42 “The Break Up 2: The Proposal…Behind The Rhymes””