As some of you have done, I picked some teams to win in the NCAA basketball tournament that lost. And I was upset for 12 seconds about it.

In an ironic twist I played in a tournament game myself yesterday and was not victorious at the end of four quarters.
If someone had picked my team and had to watch us lose by one point they would probably be disappointed like I was. That brought me to the revelation that you cannot control everything.

And I thought about who came out worse in this ordeal, the person choosing a team or the actual team member? And then I got hungry and I forgot what profound question I had asked myself when it hit me…

Why am I concerned with March Madness when the world is supposedly near its end?

Why are any of us going to work, or not robbing banks or looting liquor stores or supermarkets or living out our sexual fantasies or saying what we’ve always wanted to say on our Facebook walls?

Because we don’t know if it’s all about to be over for real. I was told the date was May 21st or something. And that sucks for the babies and kids, I mean it sucks for everyone but I still think it’s just a rumor to make Obama look bad. Someone that disputed his presidency would just love to get a chance to say “42 Caucasian leaders of the free world and we all survived, one half-African and everybody dies…”

I’m not blaming Barack but I do know this, if it’s all ending soon I need some sort of confirmation and clarity on which religion is the winner.
I need to know who to pray to right away. I’m not saying I’m gonna switch teams but I will fill out my brackets differently.
If the Catholic’s way of confessing is the way to go holla at me, are the Jews the chosen people? Are the Five Percenters right? Should I have paid attention in that Mason meeting I snuck into? I know the Israelites are still on some corners going in, and even though a lot of them got haircuts after the ball dropped in 2000, there’s a chance that their philosophy was on point.
Who wants to get to Heaven’s gate and find out you were giving credit to the wrong deity? Not me. Jah? Allah? Zeus? Somebody throw me a bone here.

They told me accepting Jesus Christ as my Lord and whatnot would guarantee some other stuff that sounded splendid and I bought into that, I signed up years ago, so if that changed and there’s a new God like there’s new math I’m not up on…I’m just saying.

Not that I’m sure about the whole Heaven thing, I just think Hell would have to be easy as…well, Hell to get in. So they would probably be packed, therefore allowing more space in Heaven for people that had evil thoughts, but not so bad actions. There should be an action list and a thought list because most of us have daily thoughts about smacking infants, stabbing supervisors or poisoning significant others but we don’t do it.

And that’s why this omnipotent being that I have an open-mind about right now should understand and let folks in.
But what if there’s no Hell, Heaven, or purgatory crap anyway? And God is just “love” and the churches were made up years ago because every week people needed reminders why they shouldn’t kill someone that was poorer or uglier than they were. What better way to stop madness on earth than to suggest that in the afterlife you would be punished? 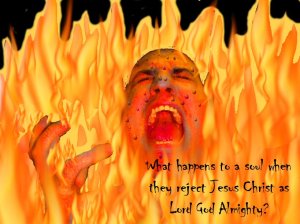 Well it scared me as a kid, mention Hell and I was really contemplating being burned over and over with some crazy demons eating my flesh then returning the next morning. That’s not what happens? Well it helped me not go to jail as a pre-teen.

So yea like I was saying, what if God is just a feeling and the bible stories were all just exaggerated tales of talking snakes, long-haired warriors, seas splitting, giants falling to boys, fatal floods, immaculate births, saviors healing, dying, returning and you giving a non-refundable tithe so you feel better about your weekly deeds of shame and indiscretion?

And all the different religions were just franchised moneymakers that derived from the same sun-worshipping theory that mirrors Christmas and Easter. I’m not going into that whole birth and resurrection correlation to the sun’s position but some of y’all know what I mean. Google it.

Or reincarnation could be the ticket, what if no one ever really dies? You just come back as a higher-evolved being of consciousness…or a lower one. And technically monkeys, cows and roaches are more advanced spiritually than humans so we may just return as one of them. Damn, I hath depressed myself.
That wasn’t my mission.

Wrap this up, I shall with some positive wishes for the end of the world:

-At least we will all share a death date.

-There’s nothing like knowing your enemies aren’t going to outlive you.

-The terminally ill don’t have it so bad after all.

-If your horoscope for that day mentions next week, you will know they’ve been lying all this time.

-Sex with a stranger? Not such a bad idea after all. 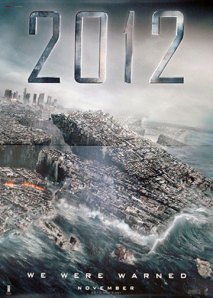 And although I don’t know how it’s going to happen, I hope it’s not nuclear or flames or even water again.

I think if “God person” is reading this, He or She should end it with some angels flying down and picking people up one by one so no one knows who gets dropped into the fire or brought to the clouds. You just see them fly away and…you know what…maniacal aliens would be better. It would force all races, gang members and maybe even some animals to ban together and fight for survival.

Dominicans would fight alongside Puerto Ricans, inmates and correction officers would hold hands, Klan members and Crips would join forces, dogs would align with cats, oh what an independence day it would be. If we all die like that, I’d be cool.

What do you think about the end being near?