Hip-hop started out in the park. Back in the days, every emcee that grabbed a mic had a different style, charisma, and objective. The “emcee” began as a party-starter and crowd warmer while the DJ manned the wheels. Although “The Message” was one of the earliest hit records, not everyone wanted to hear anything that contained food for thought. Storytelling, bravado, violence, and sex all became a part of the genre.

Rakim was one of the earliest soloists that sparked individualism and conversations about who was the best. He and Big Daddy Kane had an ongoing cold war for the crown for years.

END_OF_DOCUMENT_TOKEN_TO_BE_REPLACED

When EPMD came out with “So Wha Cha Saying” and said, “We dropped the album Strictly Business and you thought we would fold/30 days later the LP went gold,” I was totally confused.
Did he say gold in 30 days? Isn’t gold a whole lot of records? I thought only country, pop and rock artists went gold. Their first two albums went to the top of the charts. LL Cool J told Kool Moe Dee, “How you like me now? I’m getting busier/I’m double platinum, I’m watching you get dizzier.”

I know record sale boasting was going on, but I wasn’t really thinking about release dates or first week sales, I didn’t even know albums came out on Tuesdays. For some reason, I never looked at A Tribe Called Quest or De La Soul and wondered what amount of records they sold. I just figured a record deal meant you got paid, and then you do shows and get more money.

The EPMD line gave me insight and sparked my curiosity. However, arguments in the hood about which rapper was better, never really evolved into who sold more. Slick Rick’s jewelry was enough to let me know he had bread. Biggie was one of the first East coast emcees to compete with Deathrow and what the California artists were doing on the Billboard charts for years. And even he said he was in the crib dreaming of jets and coupes and how to sell records like Snoop. Biggie was admitting that he wanted Snoop Dogg numbers even though no one was recognizing the west coast king as a lyrical giant.

Tupac began ranting about being home from jail and dominating as the top selling label over Badboy, Laface and So So Def. But it wasn’t until I saw a poster that read, “THE STREETS HAVE SPOKEN, DMX PLATINUM 250,000 FIRST WEEK” that I noticed the record companies were using sales in their marketing strategies.

I understood that a platinum album was a million records moved out of the stores. I assumed that they hypothesized that a quarter mil sold in one week meant that the album was eventually going to go platinum.

Consumers were given a look into the world of sales just like that.

All of a sudden I was aware of first week sales, Big Pun’s posters read “LATINUM.” I was at school adding “who did what” on the charts to the “who’s nicer?” debates now.
I used to intern for this label called Roc-A-Fella records when their CEO and flagship artist Jay-Z came out with the song, “Imaginary Player.” I think around that time there were a lot of artists claiming to have money. With one record Jay separated himself, questioned the frauds and enlightened the listeners.

His single costs $4, he was rocking platinum jewelry and drinking Cristal for years, he hipped us to the difference between 4.0 Range Rovers and the infamous 4.6 ones…and if there weren’t any manicures on your flight then you weren’t real; you were imaginary. This wasn’t a slap in the face to the common folk. This was more like a wake up call to those rap dudes that were pretending they sold drugs or had a lot of paper in their rhymes. Jay was letting people know that the cars in the video, the money machine and the actual money wasn’t going back to the rental place when the cameras stopped rolling.

Because Jay would run into rappers that had fame and record sales, but couldn’t compete with him monetarily, he decided to make a record creating distinction between artists who got “rap money” and those who were in the streets obtaining paper that didn’t depend on putting words together.

It was genius…until we witnessed a retaliation that would ruffle Jay’s feathers that same year. Hov boasted, “When I see ’em in the streets, I don’t see none of that/damn playboy, fuck is the hummer at?” Mason Betha took that a tad bit personal since he wasn’t getting the same cut from his album sales that an independent artist would and he went back at Jay.
Mase had just started All Out records and released a freestyle saying, “You ask where my hummer at/I look on Billboard where your number at?”

Jay was plagued with sales that didn’t match his skill and at that time it was a major thorn in his side. Puff had him opening up the No Way Out Tour, the streets and the industry were calling him B.I.G’s successor but Mase was at three million sold and had a solid argument about who was the best in the business. Or did he? Were we to believe that Jay or Nas couldn’t be top dog in the game until they had some platinum hardware in their homes? Well Nas put out his second album, and It Was Written did what it was supposed to do to solidify him. But some say he had to get Puff Daddy and Lauryn Hill on his singles, throw on furs and big medallions and maybe stretch himself out a little too much.

So Jay was challenged about his sales, Mase was wearing shiny suits and switched his style, and Nas was doing whatever he could musically to show growth. All three of them enlisted Hype Williams to take their visuals to the next level. Hype delivered for two out of the three, Jay wasn’t too happy with his look for “Sunshine,” but as a fan of hip-hop, I sat back and witnessed everyone on a mission to not just be the best; they wanted spots on the chart.

Rakim came out with an album in ’97 and I heard die-hard hip-hop fans asking how much Ra did in his first week. Since when did we judge the God MC on his first seven days in the stores? 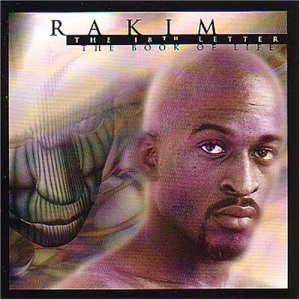 The time had come. The numbers were not only noted, but the audience and fans were paying attention too. And then there was Soundscan. Billboard gave us symbols for plaques and chart positions but Soundscan told exactly how many records these artists sold. So imagine a fan liking someone’s music, but not sure if they should purchase it because they want to know if other people are getting it.

Or maybe the album dropped and instead of asking someone how it sounds, you ask how much it sold. And the first week matters the most because sales typically never match those of the first days in stores.

Labels began to factor how they would move on a project considering what the sales were looking like after one week. Gone were the days of working an album with four or five videos and letting an LP gain shelf life and allow consumers to learn more about the project.

Hip-hop fans proved to have short attention spans and now they were aware of Nelly and Eminem’s release dates, and they went to the store right away. The “Bling, bling” era was not just about flash; it was about the business of music. The Cash Money Millionaires got a multi-million dollar deal because they moved units on their own. Artists were no longer satisfied with 35 cents per disc sold. And the listeners and buyers became aware.

“If you think I’m jiggy was a Puff move/it still sold 30 thousand a week, so fuck you…” –The Lox.