The hook came back in… END_OF_DOCUMENT_TOKEN_TO_BE_REPLACED

Top Ten Reasons I Thought Biggie Was The GOAT

I wrote this post almost a decade ago. It’s interesting to read where my head was back then. Recently a bunch of people have been celebrating the life of Christopher Wallace and every time his birthday or death anniversary rolls around I see the posts and specials and I think about his impact. Just seeing footage of the people outside his funeral stirs my soul.

At the age of 25 this man was a legend. With two albums under his belt, The Notorious B.I.G became an icon. But was he really the best that ever did it? Was my post premature, slightly inaccurate, or maybe just incomplete?

Has enough time passed that we can further analyze the factors that I presented and find fault in them? Or was Biggie simply just a product of his time running out before he could actually fall? I reread everything I wrote and after careful analysis I can safely say that I have evolved as a listener. The ears that didn’t mind “nigga” and “bitch” and admired the tricky use of wordplay to describe murder threats and sex acts are a bit older and more aware.

With that said I had to really take a look at my current playlists and see how many of my favorite rappers are in my rotation. And then that thought got quickly tossed out as I realized that I probably don’t even have my five top rated emcees in my phone. Although I did win some One Musicfest tickets last year by having Nas’ “Life’s a Bitch” in my phone when I was out at an after work function (I deleted all of the Nas catalogue out of my phone since then). Don’t feel bad Mr. Jones, Hov got erased as well… especially that Magna Carta thing. Some new Kanye exists, along with a couple of Marshall Mathers’ songs and even Tupac’s “So Many Tears” gets some spins. So what does that say about who I believe is the greatest of all time? I still believe Biggie provided the greatest influence on this generation of rap artists. I still count all of the factors I mentioned as reasons that he ruled way beyond his passing. But I have to admit that at some point there will be a new crown holder. While Jay-Z ran the table for years, his last few efforts including the throne watching collaboration could have truly placed him in an untouchable position if those projects were outstanding.

So allow me to repost this, feel free to skim through it and in a few days I will revisit this idea and take a look at a few other candidates. END_OF_DOCUMENT_TOKEN_TO_BE_REPLACED

The Reason I Retired

I get asked every once in awhile why I discontinued releasing music at the moment. My generic answer is that I need to take a step back or I’m not in love with the hip-hop genre anymore. Those answers are honest but they might be incomplete. The dream I once had as a youngster has changed. Music has changed, its popularity has reached new heights but the characteristics of a star artist with fans and respect are not the same as they were before. I don’t view any of these differences as negative.

Well maybe the lack of wordplay and substance can be described as a drop down from what was going on years ago. And possibly hip-hop’s obsession with mollies, combined with the lean-sipping sensation fused with an all-time high of auto-tuned sound alikes could be deemed as a far cry from the golden era.

But for the most part there are new artists creating waves of music that cross genres, leap over stereotypical boundaries and they redefine what rappers sound and look like.

So why did I pause my progression? The real question I have been asking myself is what was it all for? END_OF_DOCUMENT_TOKEN_TO_BE_REPLACED 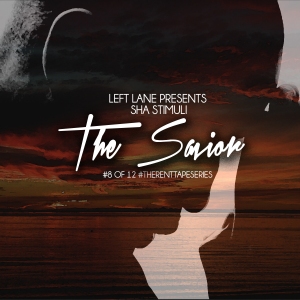 I don’t know what that revolution would be but I imagined what Tupac would do today musically to co-exist with Rick Ross and Lil Wayne in the mainstream and started to compose an EP. Then all of a sudden I realized that I myself needed saving as I noticed my focus was on things and people I cannot control. So some songs regard myself as a savior, others admit my own need for salvage, and finally I learn acceptance and I receive what is. As confusing as that may sound, that is…The Savior.”
END_OF_DOCUMENT_TOKEN_TO_BE_REPLACED 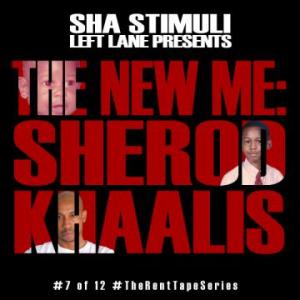 Ramble #63 The New Me: Sherod Khaalis 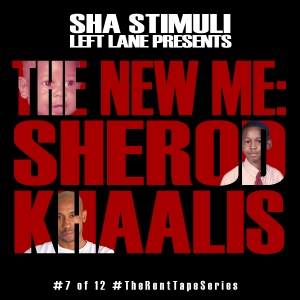 July 31st is the date I am writing this and it also the day that I plan to release the seventh installment of The Rent Tape Series entitled The New Me: Sherod Khaalis. I say “plan” because I ran into my first real issue with the series concerning a beat I used that has now become unavailable. So I do hope I can get that resolved urgently and get the music out. I think you will be able to pre-order it sooner than later on Shastimuli.com.

A couple of people asked me about the title of the EP, and by a couple I literally mean two humans. And I think one of them was my mother. Anyway last month I dropped The Old Me: How I Met Your Baby Mother END_OF_DOCUMENT_TOKEN_TO_BE_REPLACED

Hip-hop started out in the park. Back in the days, every emcee that grabbed a mic had a different style, charisma, and objective. The “emcee” began as a party-starter and crowd warmer while the DJ manned the wheels. Although “The Message” was one of the earliest hit records, not everyone wanted to hear anything that contained food for thought. Storytelling, bravado, violence, and sex all became a part of the genre.

Rakim was one of the earliest soloists that sparked individualism and conversations about who was the best. He and Big Daddy Kane had an ongoing cold war for the crown for years. 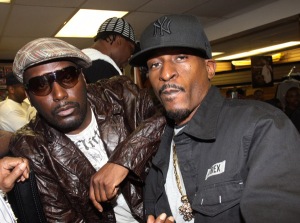