How I Met Your Baby Mother [Vlog]

I thank everyone that purchased, thought about buying, told a friend, or looked at the ad for my book online. We moved some good units for a pre-release and I am truly blessed to have an idea turn into reality. This blog was created for the book and now it has become more than a blog but a chance for me to vent, share and connect with people across the globe. Every comment holds weight, every page visit means something and outside of music I exist in another world that many people couldn’t foresee. With that said, I have lyrics to share:

I wake up with the voice in my head that says God’s watching,
Studied scriptures and even skimmed thru Allah’s doctrine,
Minutes later I’m thinking of killing haters, and ways to bring in some paper so having faith is a hard option,
My moms told me that praying will get me far in life,
And anytime it gets hectic just give ya heart to Christ,
But I don’t know if the Lord can help my bars get tight
Or make the fans think I’m a star that’s nice, I’m an artist writing
Real shit, real feelings, angels in my ear
Like, “Do better, be better, pick a new career,
Maybe teacher, preacher, counselor, physicist, engineer,
Someone doing things with meaning for people,”
END_OF_DOCUMENT_TOKEN_TO_BE_REPLACED

For those of you that don’t know, The Brother Victorious, our co-host Jasmine and I have a Blogtalk radio show that we broadcast every Tuesday evening at 8pm called The Emotion Picture. I am dropping a new CD entitled The Calling with coast2coastmixtapes.com hopefully on January 12th of 2012. 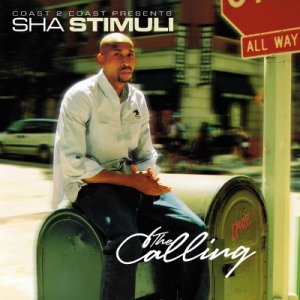 On December 10th of this year, I am pre-releasing my book full of these rambles and 100 copies will be available.

The only numbers we want really low are bills. When you open up a bill you always hope that it’s zero. Like maybe the bill people messed something up, or the phone company forgot about you, the landlord or mortgage company didn’t count November for some reason, or possibly you didn’t use enough electricity so they gave you a month on the house. That never happens though. Instead, those numbers represent what you owe.
END_OF_DOCUMENT_TOKEN_TO_BE_REPLACED