The hook came back in… END_OF_DOCUMENT_TOKEN_TO_BE_REPLACED 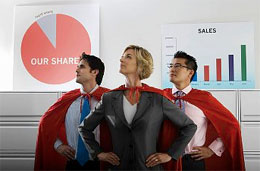 There are many phrases and terms that become trendy in hip-hop. There was a time when everyone was “representing,” then they “kept it real” for a few years. For the last few years, it has been about “buzz,” then there’s the ever-popular “movement,” and we can’t forget “swagger.”

In the offices behind the artists, the words have been the same for a while now. The public is getting more and more hip to those terms: marketing, image, and branding. What the hell is a brand? Everyone will tell you that you need marketing, you should identify your target audience and demographic, and then establish your brand. It sounds like a lot more work than just writing and recording a song. Well the most successful artists in music had work put in on marketing their look. END_OF_DOCUMENT_TOKEN_TO_BE_REPLACED